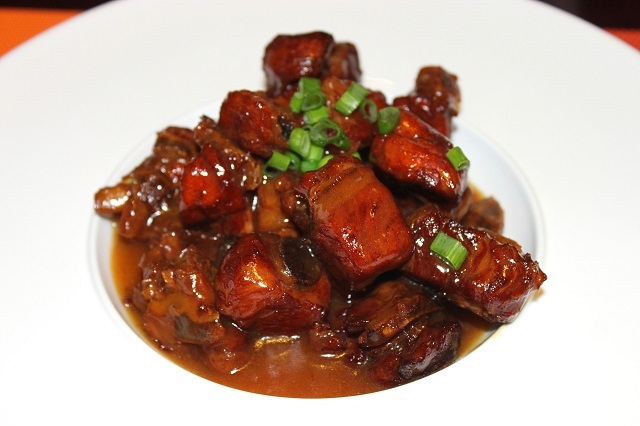 Braising is a form of slow cooking. It is to cook gently in a small amount of liquid in a covered pan at a braising temperature in the lower heat range.
Braising breaks down connective tissues in tough cuts of meat, leaving them tender, succulent and can be carved or pulled as you want.

Once you learn the basics of how to braise meat, you’ll be able to make braised beef brisket, short ribs, spare ribs — pretty much any braised meat recipe.

The best cuts of meat for braising are heavily exercised cuts, such as those from the shoulder, leg or rump of the animal, as well as ones that contain a lot of connective tissue, braise the likes of chuck, shank, brisket ,​and oxtail.

I find that starting a braise at 110°C (230°F) and then raising the temperature to 130°C (266°F) after two hours is ideal.
These are also the temperatures we cook our slow cooked pullable roasts at in our smoker.

How To Do A Brown Braise

We’re doing a brown braise, which means the meat is seared and the vegies are browned before the liquid is added.

A successful braise intermingles the flavours of the foods being cooked and the cooking liquid.
Also, the dissolved collagens and gelatins from the meat enrich and add body to the liquid.

How To Braise Meat