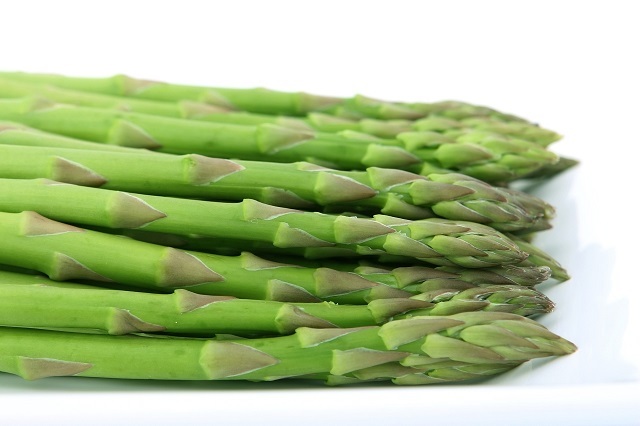 What Are Asparagus Spears

Asparagus are slim green spears, often tinged with a bit of purple at the tip.

Asparagus, or garden asparagus, is a perennial flowering plant species in the genus Asparagus.
Its young shoots are used as a spring vegetable and is widely cultivated as a vegetable crop.

When purchasing asparagus you need to choose firm, bright green stalks with tight, compact heads. Choose firm spears with tightly closed leaves.
Avoid spears that are dry, limp, or wrinkled, or have ruffled tips with leaves spread out from the stalk.

Asparagus is very good in stir-fries, where it is usually cut into lengths of about an inch and added at the last minute before serving.

It can also be made into asparagus soup, especially the older and slightly less tender shoots.

Asparagus spears can make a great side dish served alonside a main dish, in a salad or at your next bbq.

In its simplest form, the shoots are boiled or steamed until tender and served with a light sauce or melted butter.

How To Steam Asparagus

How To Cook Asparagus In A Pan

How To Roast Asparagus

Roasted asparagus is tender, slightly browned and crisp on the ends, and addictingly snack-worthy.

How To Grill Asparagus On The BBQ

Grilled asparagus is smoky, tender, and delicious with a bit of caramelized char. Yum!

How To Blanch Asparagus

Blanched asparagus is crisp-tender and perfect for adding to salads or marinating for a delicious appetizer.

« Back to Glossary Index