What Does Blind Baking Mean

When you are blind-baking it is to bake an empty pie, tart or flan shell so the pastry is partially cooked before the filling is added, or to cook completely if the filling isn’t to be cooked with the shell.

When blind baking a pastry crust you are doing it (without a filling) to stop the pastry base rising during cooking, by doing this it ensures that the bottom crust will be cooked through and crisp.

Blind baking is basically just pre baking the pie crust before filling it,

The reason we want to do this is because if we don’t blind bake the pie crust it won’t get a chance to cook and get golden brown and flaky,
It’ll be kind of soft and chewy.

The problem with just throwing these in the oven is if you do that the pie crust will bubble up.

This method is often used when one wants to create a cold pie with a baked crust.

How To Blind Bake A Pie Crust 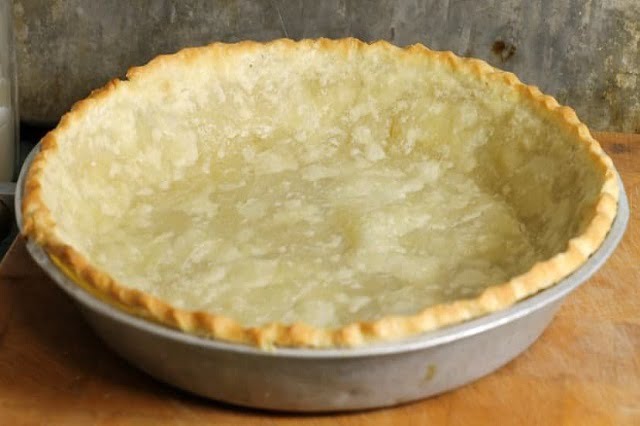 So how do you blind bake pie crust?
Blind baking a pie crust can be achieved by using 1 of these 3 different methods.

This guide will teach you how to blind bake a pie crust and getting that perfect pastry for your pie.

Watch here as Joanne from Fifteen Spatulas shows you how to roll out and blind baking a pie crust.