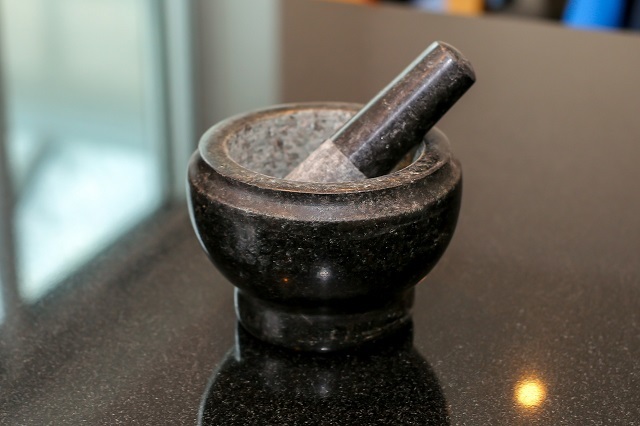 What Does Bruise Mean In Cooking

Bruising is a food preparation technique that means to partially crush an ingredient in order to release its flavours and aromatics.

Commonly the result is achieved by crushing the item gently using a heavy knife, pestle or rolling pin. This releases the full flavours of spices, citrus peel, lemongrass, etc. 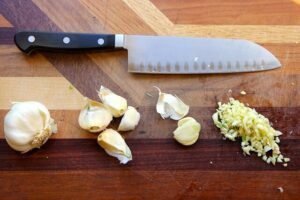 A bruised clove of garlic is often included in roast or stewed dishes and is usually removed after cooking, so you can often leave the skin on.

When you want a garlic flavour to penetrate a shallow layer of cooking oil when pan-frying, it’s necessary to bruise the whole clove so its flavour can be released.

How To Bruise Garlic

Garlic crushers are wasteful, so let’s show you how to bruise garlic by hand.

All you need is your clove of garlic, a knife and a bit of rock salt, which also adds great flavour!

A clove done in a garlic crusher is more likely to burn when cooking in hot oil.

Let’s show you how to bruise garlic cloves; 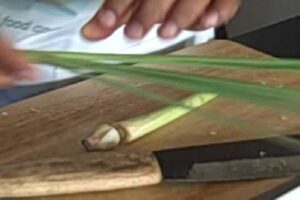 Lemongrass is a versatile herb used in all kinds of Asian recipes.
By bruising lemongrass you will get the most flavour out of this citrusy stalk so it is ready for cooking.

Learn how to bruise lemongrass so it is ready for marinades, curries, cocktails, stir-fries, and countless other preparations.

How To Bruise Lemongrass

To get the most flavour out of this citrusy stalk and ready for cooking;

Let’s show you how to bruise lemongrass; 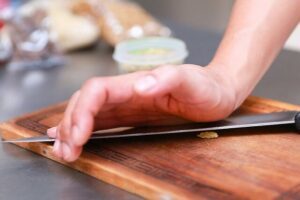 Cardamom is an intensely aromatic spice widely used in Indian cooking.
When you bruise cardamom you are releasing it ‘s oils which helps it combine with other flavours.

Bruising enhances the flavour and aroma of the spice by allowing the flavours of the inner seed to work its magic.

How to Bruise Cardamom Pods

When you bruise cardamom pods, or any spice, you only need to barely break the outer seed coat, or husk.

Let’s show you how to bruise cardamom pods;